When you ask your friends their vacation plans, you’ll rarely hear one tell you that they are spending the day watching open air cremations. In Kathmandu, Nepal cremations have become a bit of a tourist attraction, and while that may sound appalling, it’s actually extremely spiritual. Pashupatinath Temple in Nepal is a UNESCO World Heritage Site that sits along the Bagmati River in the Kathmandu Valley. The Bagmati River runs into the holy Ganges river in India, making it a place of worship throughout Nepal. Hindus from all over the country come to Pashupatinath in the last days of their lives ready to meet their fate and be cremated.

I spent several days at a Buddhist monastery in Thailand last year, and one of the major beliefs of Buddhism is impermanence. It’s the idea that nothing lasts forever, and accepting that will bring peace. It can help with little things like not getting upset when your phone breaks because the phone is impermanent. Or not getting mad when you have to pay for a new one because money is impermanent. Your anger over dropping your phone on the floor is also impermanent. On a much deeper note, we as human beings are impermanent. It’s a hard concept to stomach. Simply saying “I’m going to die” can bring on a whirlwind of emotions from denial to sadness.

During my time at the Buddhist monastery, I was told that witnessing death was the best way to understand how temporary we are. For those who haven’t witnessed death, witnessing a cremation is a close second. While I’m more informed of Buddhist beliefs, Hindus have a similar perspective. During the cremation, the family sits and watches until the entire funeral pyre has burned to ash which is then swept into the river. The whole process taking a few hours.

I wasn’t sure what to expect when arriving at Pashupatinath Temple. We simply followed the smoke down to the river where several pyres had been burning for at least an hour. Their bodies gone and blended into the ash of the wood. There was nothing disturbing about it. It appeared as though someone had lit a bunch of bonfires along the river bank. The thing I feared the most was the smell. Would it reek of decomposing bodies, burning flesh, or simply death? The truth is, it didn’t smell bad at all. There was the smell of the wood along with something faint. Spices perhaps or more disturbingly, barbeque.

We crossed the bank to sit and watch as a body was prepared for cremation. Wrapped in white cloth, it lay lifeless on a metal stretcher; a yellow strip of fabric draped over its chest. A small family of 15 surrounded it, but none wept tears as a sign of respect. Who was under the white sheet? I couldn’t help but wonder. Was it a man or a woman? Were they old or young? Did they have kids, brothers, sisters, grandkids? What did they do? Did they like to sing and dance? Maybe read? Were they happy?

One whole life, sitting there in front of me just across the muddy river. Close enough to see but far enough to never understand. They had lived an entire life, and I was seeing a brief glimpse of their families mourning. I felt like a spectator, an intruder, yet I couldn’t look away as they stacked the logs and gently placed the body on top. A young man removed his shirt and tossed it in the river. He walked up to the deceased who had been draped in flowers. Was the body his father, mother, or wife? The cloth was folded down revealing just the face of his loved one. From afar, I still couldn’t make out the details but watched as he sprinkled something over the face and softly spoke words that were carried off in the wind.

The young man was handed a small but long piece of wood and the end was lit on fire. He circled the body a few times and stopped again face to face with death. He gently laid the burning stick onto the head and watched it burn for a moment. Then walked around the body, stopping to touch the feet. He bowed down and kissed them. The ultimate sign of respect in Nepali culture. That act alone brought tears to my eyes and caused an ache deep in my heart.

The body was covered with wet straw so that it was no longer visible, and the stick that lay on the face was moved beneath the pyre to set it ablaze. After that, the only thing to do was wait. The crowd watching slowly dispersed, but we continued to sit there for almost an hour. Eventually my friends decided to leave. We had skipped lunch and were all starving. I decided to stay. Something told me I should wait out of respect, that there was still something to learn.

A plastic body bag dripping in blood moved slowly down the shallow river. Behind it several young children waded in the water with magnets. They were searching for coins or jewelry that had been swept away with the ashes into the water. Each time they found something, a little yelp of joy escaped their lips. Fortune tellers dressed in yellow and burgundy lined the pathways gesturing for you to sit and hear your fate.

I sat there longer, sometimes growing bored and other times feeling introspective. Just yesterday, I was complaining about such trivial things. I was sick and far from home. I felt alone and tired. I’d thought about my trek and was annoyed with having to pack my things for it. And here I was, with only a river to separate death and despair from my selfish and silly thoughts. It was a stark reminder of what little space we take up in this world and how quickly that little spot can be taken from us. None of this would last forever. Not the pain, grief, sorrow or even happiness. It was all fleeting and at the end of the day, we’d all be returned to the earth.

Minutes passed which felt like hours and the pyre still burned. The young man across the river looked at me. Most of the tourists had moved on, but I’d stayed there watching the same pyre for almost two hours. I wondered what he was thinking. Still, I wondered who it was he had been forced to part with. The smoke from the pyre grew heavy as it got closer to the end. It swirled through the air creating spirals of clouds in the sky. The sun was pushed behind a dark cloud and the sky began to cry with a soft drizzle.

I looked away and down the river where a dog was taking a sip of water to relieve himself from the sweltering heat. Monkeys splashed each other playfully along the muddy banks like little kids in a sprinkler. Cows grazed peacefully in the distance. A family of birds circled overhead. Even here, surrounded by death, I was equally surrounded by life. 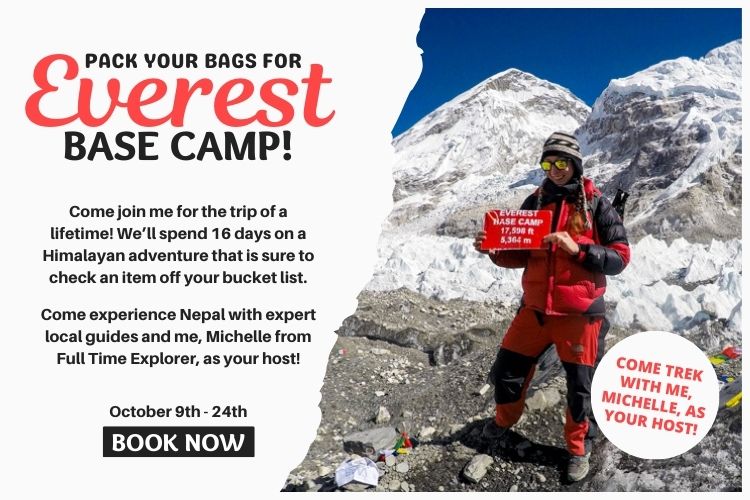